I am a graduate researcher doing a PhD in marine sciences at the Institute of Marine Sciences (ICM-CSIC) in Barcelona. Currently, as part of my PhD, I am developing a research project at Scripps Institution of Oceanography (University of California San Diego). I research on marine trace gases in the oceans with a special focus on the Antarctic Ocean, for which I use different ecological-biogeochemical modelling approaches. I have also participated in a couple of oceanographic cruises along many of the Earth’s oceans.

Find an updated version of my Curriculum vitae here.

I was born (1990) and raised in Cartagena, Region of Murcia, Spain. Since I was a child I enjoyed nature, sports and science, which extremely influenced me when I was a teenager and I had to choose what to do for a living. Consequently, I studied a BSc environmental sciences, then I did a M.Sc. in Global Change and a M.Sc. in Social Communication of Scientific Research, and I am currently doing a PhD in Marine Sciences thanks to the fellowship from “la Caixa” Foundation and Fulbright Spain.

I am passionate about social communication of global change, the biggest challenge for humankind, and committed to its understanding and fight. I am firmly convinced that scientists must play an essential role in the current context of global change in terms of advising, communication and policy/politics. Therefore, it is vital to building bridges among science, politics and society to fight the biggest challenge of our times: climate change.

My PhD research topics are focused on the biogeochemical role of marine trace gases in oceanic remote regions, with a special focus in polar regions. Specifically, I focus on a trace gas named isoprene (C5H8), which marine emission contributes to marine aerosol formation and, consequently, being able to trigger important climatic roles. In order to understand the mechanisms involved in these processes, I aim to combine in situ data, from oceanographic cruises to fieldwork on islands, with statistical, biogeochemical and ecological modelling, and remote sensing tools. Ultimately, the goal of my PhD project is to develop novel mathematical models aiming to asses the climatic relevance of isoprene emissions under the current context of global change.

As part of my PhD, I have participated in several research cruises and scientific expeditions along 4/5 of the world’s oceans (Atlantic, Antarctic, Indian & Pacific). Spending a total of approximately 5 months at sea. Before starting my PhD, I also participated in fieldwork in the Mediterranean Sea (Gibraltar Strait & Mar Menor coastal lagoon, Spain) and the North Sea (Newburgh estuary, Scotland). 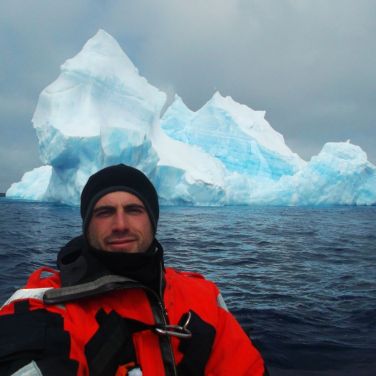 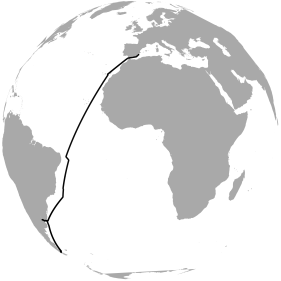 I have collaborated in different research projects in some universities and institutions from different countries: Spain (UMU, ICMAN-CSIC, IMEDEA-CSIC, ICM-CSIC), Canada (Takuvik – U. Laval), United Kingdom (U. Aberdeen) and Switzerland (ETH Zurich). Eventually, thanks to a Fulbright fellowship (2019-2020), I will finish my PhD developing a research project in the United States of America at SCRIPPS (UCSD).